آخر الأخبار
الرئيسية بالانكليزيّة Open Letter to Mr. Le Drian Lebanon has been Hijacked, the Lebanese Want to Free their Country and Reclaim an Honorable State… and we are Helping Ourselves 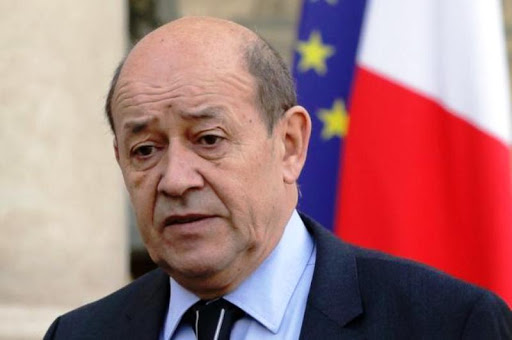 Open Letter to Mr. Le Drian Lebanon has been Hijacked, the Lebanese Want to Free their Country and Reclaim an Honorable State… and we are Helping Ourselves

Minister of Europe and Foreign Affairs of France

We hold in the highest esteem France’s historical concern for Lebanon and its people, and are profoundly aware of the affection that binds together the Lebanese and French citizens, in view of their shared cultural values of freedom, human rights and social justice.

Greater Lebanon, which had mirrored the aspirations and creative spirit of the Lebanese since its inception in 1920, based on a rich heritage with historical roots stretching back thousands of years, Dear Mr. Le Drian, has been hijacked and is being tortured.

It has been hijacked by political stakeholders that have become professionals at suspending the constitution, controlling the judiciary, legalizing corruption, excluding competence, violating sovereignty, fostering sectarianism and confessionalism, squandering resources, exploiting Lebanon’s Arab and international friendships before destroying them, and impoverishing and starving its people. On October 17, 2019, the Lebanese people started a revolution, and embarked on what they know will be a difficult journey to free their country from its hijackers: the politicians, financiers, economists and violators of its sovereignty. They also know how difficult it will be to restore the clean and sovereign state, after the tremendous damage it has repeatedly suffered at the hands of those factions.

The Lebanese are keen to move forward with their choice to free their country and reclaim their state, and they call upon France to listen to their outcry, and to consider their struggle to uphold the following fundamental principles:

We highly value the concern France has historically shown for Lebanon, providing it with support and siding with its sovereignty, independence and unity. We are also thankful to France for all the initiatives it has launched to try to save Lebanon. Yet it is now important for it to verify that the corrupt political stakeholders holding power there have lost their legitimacy, and that the Lebanese, each from their own position in a National Civic Front, are now moving to reconstitute their governing structures. It would be useful to listen to what they have to say. Meanwhile, reprimanding the political stakeholders has proven to have no more than a temporary effect, as they insist on destroying Lebanon while claiming to represent it, and they have faced the revolution of the Lebanese with repression and arrest in a malicious confrontation.

Lebanon has been hijacked, and we the Lebanese want to free our country and reclaim an honorable state. Lebanon is collapsing. There is no electricity, no water, no infrastructure, no tele-communication, no transportation facilities, and an enormous difficulty in continuing to obtain educational and health services. Even the lowest essentials of life in it are now non-existent … We are helping ourselves, but we want you to help us overcome the dichotomy of either having the political stakeholders in power or falling into complete vacuum. They themselves are the vacuum, the absence of vision and the absence of leadership. The Lebanese are capable of having their independent vision, their independent plans and their independent leaderships.

If we have addressed this letter to you, it does not at all mean that we are calling on France to intervene in favor of one party against another. Rather, we are invoking the historical friendship between our two countries, to urge France to advise, help and push, so as to overcome the obstinacy and denial of its officials to our commands and their hold on to power, and help lay the foundations for saving our Lebanon, your Lebanon – the country that holds all of the humanitarian, cultural and civilizational values which France saw in it early on, in the first decades of the 20th century. France fostered those values and gave them the political space and brotherly support they needed to make Lebanon the crown jewel of the Middle East.

Mr. Le Drian, this jewel is being hijacked and stolen today. Will you answer the distress call, to save Lebanon and its wealth of people? Will you listen to them?!

Member of the Civic National Front